The Quebec Investor Visa intake for the new application was put on hold till March 31st, 2023.

While Canada has many different immigration programs, the Québec Investor Visa offers a route not just to permanent resident status, but also Canadian citizenship and passport. The Québec Immigrant Investor Program (QIIP) (or Quebec Investor Visa) was established in 1986 to give business people and their families the opportunity to live in Québec as permanent residents on an unconditional basis. In return, the program helps Québec generate funding for subsidies in support of local small and medium businesses.

Canada at a Glance

Canada is the second largest country in the world. It’s probably also the friendliest. Due to its sheer size, Canada is incredibly diverse with a boundless variety of landscapes and distinctive cultures. It really has it all: magnificent mountains, glaciers, rain forests, beaches, renowned national parks, and UNESCO world heritage sites. Not to mention world-class skiing in Whistler, white sand beaches and winding trails in Nova Scotia, roaming polar bears in Manitoba, an archipelago of rare wildlife and plants at Haida Gwaii, Niagara Falls, and many others.

There is no shortage of adventure in Canada, whether you are looking for the cosmopolitan or natural kind. And for those that do prefer urban life over the outdoors, vibrant cities like Vancouver, Toronto, Montreal and Québec City offer an abundance of cultural attractions and creature comforts. Also, to make the visit to the country easier the government has introduced Electronic Travel Authorization (ETA) for eligible travelers that don't need to obtain a temporary resident visa to enter Canada.

The Province of Québec

Of these, Québec is Canada’s biggest French-speaking province. It’s a beautiful, charming place that feels like a piece of Europe somehow ended up in the middle of the Canadian wilderness. Québec City and Montreal are its two largest cities; both are rich in culture and offer world-class dining, shopping and cultural attractions. And surrounding Québec is pristine natural beauty: the dramatic coasts of the Gaspé Peninsula, mountains and skiing in Mont-Sainte-Anne, and scenic hiking trails in Parc National de la Jacques-Cartier. From its friendly people and cosmopolitan cities, to its stunning natural landscape and exhilarating outdoor adventures, Canada has so much to offer, making it a very popular choice for a place to live.

*Note: High Net Worth Immigration offers the Quebec Investor Visa in partnership with a government-approved financial institution. All applicants’ files will be reviewed and approved by our legal team based in Montreal.

The Québec Investor Visa is very straightforward when it comes to the investment. There is only one option that qualifies applicants for permanent residency. However, you do have the opportunity to decide if you want to do a full or financed investment. See below for details on each.


Applicants must invest a minimum of CAN$1,200,000 in a government-guaranteed investment and hold it there for a period of five years. At the end of this period, the guaranteed full amount is returned to you without accrued interest within 30 days. This option offers a passive investment, completely risk-free to the investor. 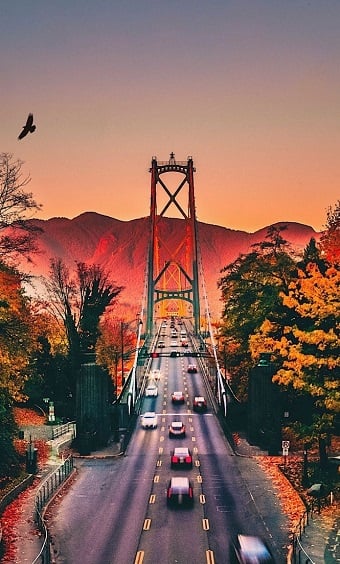 
The second option allows everyone who wants to get Canada permanent residency to invest a reduced amount of CAN$350,000 to finance a closed 62-month term loan through an approved intermediary. However, with this option, there is no reimbursement at the end of the 5-year holding period.

The financed option is a good choice for investors who do not want to liquidate their assets to pay the full sum, or those that want to have free capital available for other investments during the 5-year holding period.

In addition to the investment requirements, there are several other qualifications and conditions that applicants must meet in order to apply to the Québec Immigrant Investor program and obtain permanent residency in Canada:

While the following are not officially-specified qualifications, factors like your age, education, language skills, as well as the nature and duration of your professional experience will also be considered during the application review process.

How to apply for Canadian citizenship?


After three years of permanent residency, candidates can apply for citizenship. The following requirements must be met:

Due to the high demand for the Québec Immigrant Investor program, the application and selection process is highly selective.

The applicant(s) must satisfy both the Québec selection and the Canadian Government admission requirements, and pay all associated fees. Fees will not be refunded unless the application is incomplete, in which case it will be returned.

The processing period varies depending on the applicant’s country of origin, overall applicant numbers, and Canadian staff availability

Applicants should submit appropriately certified copies of personal documents, since documents will not be returned. All documents must be translated into French or English.

The government application fee is CAN$15,235 for the primary applicant. This fee covers any family members included on your application. The legal and advisory fees charged by the intermediary will depend on the number of the people included under the same application.

The application, in order to be considered complete and admissible, should include:

Upon receipt of the completed application, the Ministére will review. In some cases they may ask for updated/additional information – these requests must be satisfied within 60 days.

Successful applicants will receive a Certificat de Sélection du Québec (CSQ – a Certificate of Selection). The application will be then passed to Canada’s Centralized Intake Office in Sydney, Nova Scotia for assessment of the medical report, and to issue the final admission confirmation.

When it comes to outlining all of the benefits of securing a permanent residence and citizenship in Canada, there are just far too many. Canada is one of the most popular destinations for obtaining dual citizenship. It consistently ranks at the top of key comparative surveys of industrialized nations. Plus, the Québec Investor Program is in itself very desirable. More specific key benefits include the following:

As you can see by all of the compelling benefits above, there is very good reason that the Québec Investor Program is one of the desirable and exclusive programs of its kind. When it comes to expanding your mobility, protecting your wealth, increasing your freedom and improving your quality of life, a permanent residence in Canada is an incomparable opportunity.

If you are interested in learning more about the Québec Immigrant Investor Program, please contact us today for your free initial consultation.