What Is EB-5 Immigration Program?

The EB-5 Immigrant Investor Program is one of 5 employment-based programs in the U.S. It was created by the U.S. Government in 1990 to stimulate the economy, create jobs, and encourage foreign investment in American businesses. EB-5 stands for the employment-based fifth preference visa that participants receive.

With the E5-5 program, entrepreneurs, their spouses and unmarried children under 21 are all eligible to apply for a green card.  In this article we will give you all of the information you need about how to get US citizenship by investment and become a permanent resident.

The United States At A Glance

The United States is aptly known as the land of opportunity. The world’s only superpower, the U.S. has an incomparably powerful political, financial and cultural influence around the world. It’s a melting pot of diverse cultures with a thriving economy, high standard of living, one of the strongest currencies in the world, and a wealth of opportunities.

The United States is literally at the economic center of the globe, connecting Asia and Europe and acting as a hub of international trade. Not only is it a powerful country, but it’s a beautiful one. The geography of the United States has every natural wonder you can imagine. Towering mountain ranges, sprawling deserts, lush forests, beautiful beaches, verdant swamplands, sweeping canyons and an abundance of national parks.

Equally matched in its metropolitan offerings, the U.S. is home to world-renowned cities like New York, Los Angeles, Miami, Las Vegas, San Francisco Chicago, as well as Silicon Valley, Hollywood, and some of the biggest companies in the world. Understandably, it’s a highly-desirable country to live and work in.

EB-5 Green Card And US Citizenship By Investment Options

The monetary investment amounts for all three options are the same: 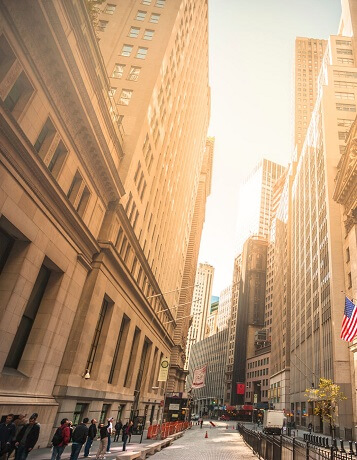 
Invest at least $1,050,00 million in a new or existing commercial enterprise that directly creates at least 10 full-time jobs within 2 years and benefits the U.S. economy.

A commercial enterprise is defined as a for-profit, lawful business that can be any of the following:

Business trust, or other entity, which may be publicly or privately owned. It is the investment option that provides bigger chances of variety and other benefits. 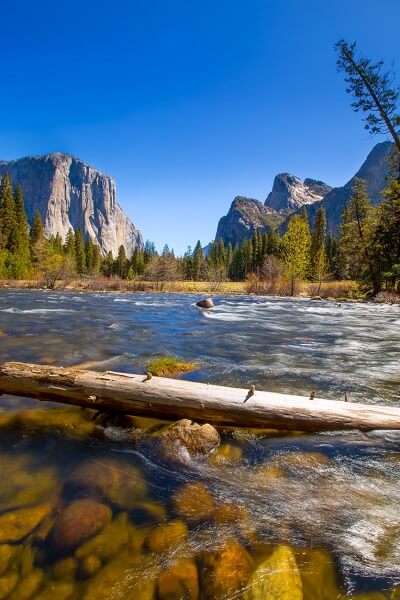 The benefits of using a Regional Center include:

Investors do not need to live near the EB-5 project

What are the EB-5 visa requirements?

In order to meet the EB-5 program requirements of this investment option, the new business must:

*If it was established on or before this date, the business must since have been restructured to become a distinctly different enterprise, or expanded through the investment to create a 40% increase in the net worth or number of employee. Example: if the business was a restaurant, it could be re-structured into a store.

Create full-time employment for at least 10 qualified U.S. workers. Indirect employment is permitted, meaning that the investor does not need to prove that they themselves created 10 new jobs for U.S. workers, only that the regional center created ten or more jobs, directly or indirectly, or that it increased regional productivity.

The business must maintain the same level of employment that existed prior to the investment.

The investor must be involved in the management of the business directly or indirectly as a corporate officer or board member.

After complying with all conditions of the US Immigrant Investor Program for 24 months, conditional EB-5 Green Card holders can apply to have the conditions removed. Once this is approved by U.S. immigration authorities, EB-5 participants officially become unconditional lawful United States permanent residents.

Conditions & requirements for the US citizenship by investment

Be of good moral character in keeping with the principles of the Constitution of the United States. 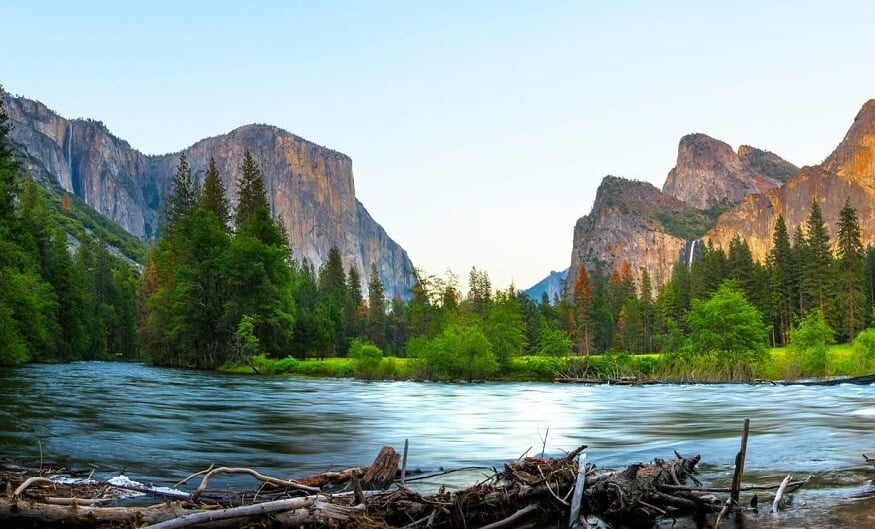 This petition shows that the EB-5 applicant has already made the required investment or is actively in the process of doing so. Acceptable forms of evidence can include bank statements, promissory notes, loan certificates, security agreements, and/or any other proof that the necessary amount of capital has been invested.

1. File Form I-485, Application to Register Permanent Residence or Adjust Status, with USCIS to adjust status to a conditional permanent resident within the United States, or

2. File DS-260, Application for Immigrant Visa and Alien Registration, with the U.S. Department of State to obtain an EB-5 visa abroad to seek admission to the United States.

Upon the approval of a Form I-485 application or upon admission into the United States with an EB-5 immigrant visa, the EB-5 investor and their family members will be granted conditional permanent residence for a 2-year period.

Along with the I-829 form, you should provide evidence that you met the EB-5 conditions, such as investment in the enterprise and the creation of 10 full-time jobs as a result of your investment. If all of the EB-5 Visa obligations have been met, you and your family dependents will receive unconditional Green Card and will be allowed to permanently live and work in the United States.

60 months after you receive the Conditional Lawful Permanent Residence Visa (CLPR), you will be eligible for American Citizenship.

This is a general list of documents—please contact us for detailed information on documents you should submit with Form I-526  (Petition for an Alien Entrepreneur) and Form I-829 (Petition by Entrepreneur to Remove Conditions).

What are the benefits of American citizenship?

There are many reasons that the U.S. has become the successful melting pot that it is – people from around the world flock to this land of economic success and opportunity to chase their own version of the American Dream.  When it comes to outlining all of the benefits of securing US citizenship by investment, there are just far too many. Some specific key benefits include the following:

A: As of December 2020, the average time is 14 months for processing of an I-526 - Immigrant Petition by Alien Entrepreneur

A: Yes. The EB-5 investor visa program ignores your location, or domicile, at the time of your application. There are two possibilities. If you are lawfully in a third country (not your home state or the USA) then you may apply via the US Embassy in that country. If you do not have lawful status in that country (because your visa has expired, for example), then you may apply from that country, but you would have to return to your home country for consular processing.

A: According to the EB-5 law, all invested capital must be 'at risk.' The risk can be collateralized against the building under construction, plant, and equipment needed to run the business or other business-related assets, but there can be no guarantees.
A: I-829 is a Petition by Entrepreneur to Remove Conditions on Permanent Resident Status.

The principal investment is typically returned in one of two ways, depending on the kind of investment made. In a loan model, the principal is returned when the Job Creating Enterprise repays the loan to the New Commercial Enterprise (NCE), and the NCE cashes out its investors.

In an equity model, the investor must find a willing buyer to purchase the equity interest at fair market value. The buyer may be the NCE, the developer, or a third party. The funds cannot be returned until after I-829 approval.

A: Yes. The investment must show documentation to prove it is a gift and not a loan, and that the gift, itself, was not produced as the result of a loan.
A: No specific checklist of documentation has been issued. The documentation must be appropriate, clear, and verifiable. If, for example, the funds were inherited, then a will or trust document would serve the purpose. If they were obtained from previous business investment, for example, then tax returns and evidence of direct payout would be appropriate.
A: The I-829 would continue to be processed, but the USCIS (United States Citizenship and Immigration Services) or the CBP (Customs and Border Protection) may question whether the returning individual had abandoned their status. That presumption would need to be rebutted by producing appropriate documentation. A re-entry permit should be obtained before leaving the country if a six-month absence is a possibility.
A: The I-829 will be denied, and permanent residency status will be ended.
A: Firstly, review the investment agreement and offering documents, and consult with your attorney. Have the business plan reviewed and decide whether the project is behind schedule and cannot be brought back up to its expected status. Contact the project management team and other investment partners. Based on the results of your investigation, seek further legal advice and act accordingly.

There are countless reasons for high-net-worth investors to secure residency and citizenship by investment in the United States. Not only is it the most powerful country in the world, but one that also offers an outstanding standard of living and endless opportunities. As you can see by all of the compelling benefits above, there is very good reason that the U.S. EB-5 Immigrant Investor Visa Program is one of the desirable programs of its kind. When it comes to expanding your mobility, protecting your wealth, increasing your freedom and improving your quality of life, a permanent residence in the United States is a wonderful opportunity.

If you are interested in learning more about the United States EB-5 Immigrant Investor Visa Program, please contact us today for your free initial consultation.